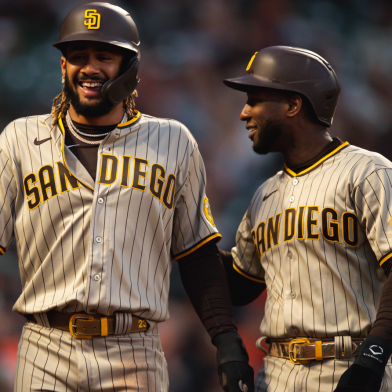 By Liz Alper
Photo:  Fernando Tatis Jr. and Jurickson Profar via @padres on Twitter
September 15, 2021 (San Francisco) - The Padres have dropped two straight to the Giants, but they had a chance to salvage the last two, starting with tonight’s game three.  Grossmont High alum Joe Musgrove started against Dominic Leone for San Fran.

Finally, the Padres got the upper hand first as Adam Frazier doubled in the first to score two and the Padres led 2-0 after one.