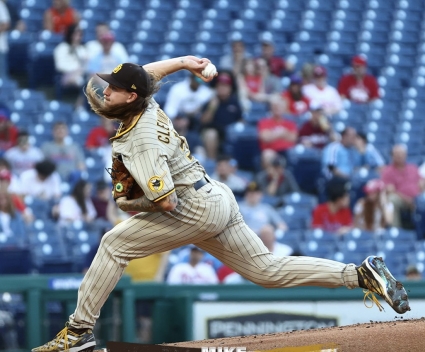 May 17, 2022 (Philadelphia) - After a nice day off, the Padres are in Philadelphia for three games with the Phillies.  Mike Clevinger started tonight’s game one against Zach Eflin for Philadelphia.

We were silent until the fifth when Wil Myers scored to give the Padres a 1-0 lead after five.

Robinson Cano, in his first game as a Padre, singled in the seventh to score Myers and Trent Grisham doubled to score him and the Padres coasted to an easy 3-0 win in game one.