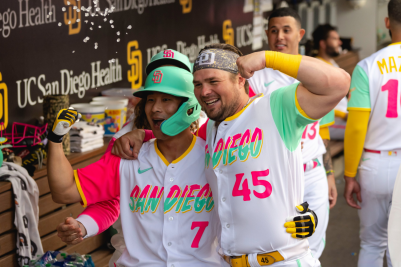 By Liz Alper
Photo via @padres on Twitter
July 29, 2022 (San Diego) - After getting stunned in Detroit, the Padres returned home to face another AL Central opponent in the Twins.  Joe Ryan started tonight’s game one against Blake Snell.

Despite the Twins’ impeccable record, the Padres got the upper hand, starting with Luke Voit’s two-run homer in the first to give the Friars a 2-0 lead after one.