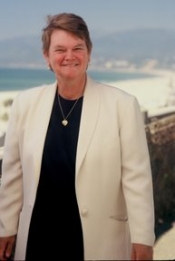 July 2009 (Sacramento)--As many of you may know, I was the author of a bill to establish a Medicare-like, single payer program in California. The bill passed both houses of our state legislature in 2006 and, again, in 2008, and was vetoed both times by the current Governor. Since I termed out of the Legislature at the end of last November, the bill is being carried this year by Sen. Mark Leno (SB 810).

In 2008, not-yet-President Obama proposed, as a part of his healthcare reform package, the establishment of a "public option"---an insurance plan offered by the federal government as an alternative to private health insurance, and against which the private companies, left in place, would compete.

I have been asked how those who support single payer should respond to this proposal and how those who want health reform for the country might express their opinions.

First: What Is Single Payer?

If you already know, feel free to skip this paragraph. If you want more information than that given in the short description below, please go to Senator Mark Leno's website at http://dist03.casen.govoffice.com/ <http://rs6.net/tn.jsp?et=1102625588061&s=1169&e=001ss9NXQNLxjNdrdw5nM_mG... , and click on the left button related to SB 810. You can download a fact sheet, a list of supporters, bill language, etc.

A single payer system for California, as developed in my bills and, now, in SB 810, establishes a universal health insurance system that provides every California resident with comprehensive benefits for life; puts your premiums, based on a small percentage of your income and, for employers, a percentage of payroll, with no co-pays or deductibles, directly into healthcare spending; allows you to choose your own doctors, hospitals, dentists, eye care providers, and other medical services, without limiting you to a network; ensures the best use of your money by cutting the current 25% private companies now spend for overhead to just 5%; and, through rewarding excellence and sharing efficiencies and best practices, ensures patient-centered, good quality health care for all Californians. You can't lose the insurance if you lose or change your job. You won't be turned down. The plan is fully funded with the money we already spend on health care, which, last year, combining state, federal, local and all premiums, co-pays, deductibles and out of pocket expenses, totaled more than 200 billion dollars. The bill eliminates wasteful insurance overhead, invests in electronic infrastructure that improves quality while reducing cost, emphasizes prevention and primary health care, and utilizes California's purchasing power to realize savings on prescriptions and durable medical equipment.

What Does President Obama Want and What Is He Likely To Get?

In his campaign, and, again, since his election, President Obama has said he thinks, if you like your current insurance, you should be able to keep it. If you don't, there should be a "public option", that is, an insurance plan offered by the federal government, like Medicare, that you can choose as your insurance. The private plans would be required to compete with the federal plan for excellence and cost.

What the final plan will look like is far less certain, as powerful forces are gathering to oppose the establishment of a public option. The insurance companies have "offered" to accept that part of the President's plan that would require them to take everyone who applies. The cost of that, according to the companies, however, would be that the President would have to sign off on an "individual mandate" so that everyone would be required to buy insurance--a great business move for the companies. This can only work if the people have an affordable and adequate public option, which the insurance companies are trying so desperately to kill.

So Let's Say You Want Single Payer...What Should You Do?

I've thought a good deal about the right answer to this and have concluded that there will be a number of people who disagree no matter what I say. That said: I'll simply set out my opinion.

1. California's work on Single Payer can inform those developing the Public Option.

I don't think it hurts the single payer movement in California to strongly push for a public option in the federal healthcare reform bill, so long as states are allowed, in the federal bill, to adopt their own approach if it's more comprehensive. The President has made it abundantly clear that he doesn't think a single payer program will pass Congress. Nor does he think the country is yet ready to embrace it after the right wing has demonized the idea for so many years.

Our work in California has already had at least two very positive effects:
---Our representatives who favor the inclusion of a public option in the federal legislation report that they are hearing every day from single payer advocates, which, they say, aids them in holding the line, as they can say the public option is the very least their constituents will accept.
---Our work in crafting a more than 100-page, fully mature, single payer bill in California helps to inform the federal work in identifying approaches that make healthcare less costly, make certain it is universal and affordable, set forth a rationale for a minimum benefits package in all plans, and establish a path to a central, electronic, database.

2. Single Payer Advocates Can Continue to Support SB 810 in California

This is critical. It was in California that single payer went from being a pie-in-the-sky communist plot to a widely accepted and sane alternative to the rapaciousness of the private insurance companies. Continuing to work this option here establishes the federal public option as a middle ground solution.

3. We Can Also Lend Strong Voices to Insist On The Public Option

To shore up those in Congress and in the White House who are trying to preserve a public option in the face of a tsunami of opposition from the insurance companies, I recommend, at least, going to http//www.barackobama.com <http://rs6.net/tn.jsp?et=1102625588061&s=1169&e=001ss9NXQNLxjNdrdw5nM_mG... and using the action center there to make calls, write letters to the editor, sign up for events, tell stories, etc. It works in our favor, as well, if, in every call and letter, you say that single payer makes much more sense for the country, however, if we don't get it this year, there must, at least, be a public option, etc. etc. This helps to ratify how many single payer supporters are out there as well as adding to the voices raised in support of the public option.

If you want to be a bit more aggressive, Venice For Change and The Courage Campaign are organizing phone banks for the week of July 6th to call the members of the House Committees who are marking up the healthcare bill in Congress. Their script includes single payer as an option and supports both single payer and the public option. If you are interested in contacting them, let me know on my email or let them know at Veniceforchange@gmail.com

Sheila Kuehl is a former member of the California State Senate. This is her second health related essay of 2009, reprinted with the author's permission. For more information, or to subscribe to her essays, go to her website at www.SheilaKuehl.org. The opinions in this editorial reflect those of its author and do not necessarily reflect the views of East County Magazine. To submit an editorial for consideration, contact editor@eastcountymagazine.org.

When making statements about a politicians honesty and integrity, it is important to be specific. Kuehl was cited several times by the former publication THE CALIFORNIAN as one of the most respected legislators in Sacramento. She was also thought to be one of the most respected by journalists. Her voting record was always true to her campaign and she was a strong supporter of public schools, environmental protection, fair taxes, a woman's right to choose and universal health care coverage. So I think the readers have to determine that you are just ranting against her for her stands on issues and that is all.