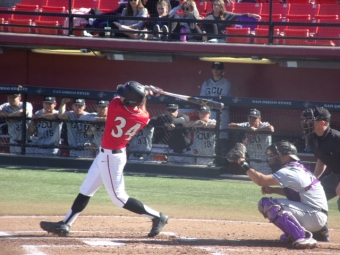 February 25, 2018 (San Diego) - Aztecs baseball is 2-1 in the Tony Gwynn Legacy.  Today they played their fourth game in the annual tournament in a Sunday matinee against Grand Canyon University.  Junior transfer Garrett Hill started for the Aztecs against Jake Repavich for Grand Canyon. 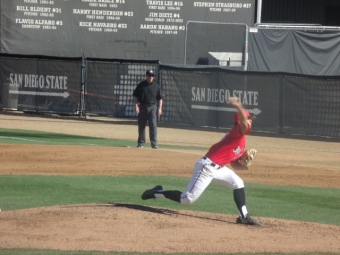 The Aztecs got started right away on senior Chase Calabuig’s single that scored freshman Matt Rudick to give SDSU a 1-0 lead after one.

They were able to hold that slim lead for three innings until the fourth when the Lopes threatened.  Junior Zach Malis lined a single to center that scored the tying run.

The Lopes came through with more in the fifth with the bases loaded.  Senior Ian Evans singled to right to drive in a run and kick Hill out of the game.  He was replaced by freshman Jacob Flores.  He gave up a sac fly to junior Preston Pavlica that scored another GCU run.  The Lopes led 3-1 after five. 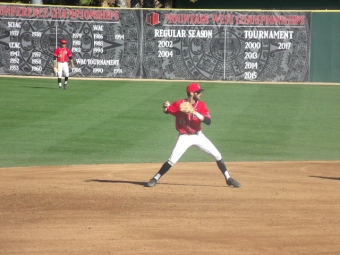 The Lopes added one more in the seventh on junior Tyler Wyatt’s monster double that drove in a run and made it 4-1 GCU.

The Aztecs were able to mount a small comeback in the eighth after a sac fly scored a run and it was almost over until Chad Bible stepped up to the plate.  The junior cancer survivor smashed a double into right center that tied the game and handed the torch to the next batter, sophomore Julian Escobedo, who did the honors with a double of his own that scored pinch hitter, senior Denz’l Chapman and the meme that usually is used in hockey, #ItWas4To1, became relevant in baseball as the Aztecs overcame a three-run deficit to defeat GCU 5-4.  Senior Jorge Fernandez gets the save. 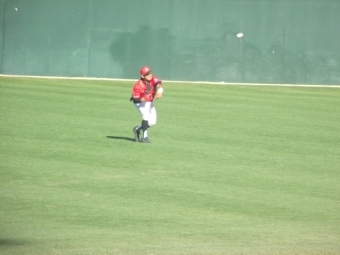 "..I think that the tournament is a great opportunity for San Diego to see great college baseball," head coach Mark Martinez said after the game. "....hopefully, we can continue to grow the tournament and bring in the top teams around the country to come play here at San Diego State and USD.  As far as the game today, I think we showed a lot of character to come back and score four in the bottom of the eighth to win the game...these are two kids (Bible and Escobedo) who are really gonna be important to our season and it was good to see them have some success today in big moments.

"...this was an important win for us to get today to kind of springboard us into next week." 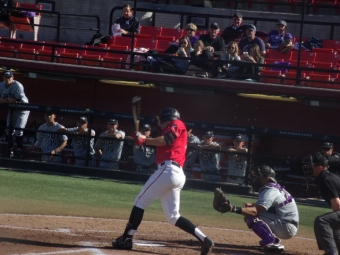 "It felt good," Bible said of his hit. "That's the whole mission this year for me is hopefully I can do well, but mainly just being on the field, hopefully I can just inspire some people, especially people going through what I went through that it's not the end of the world.  You just fight, keep your head down and don't give up that you can come back out on top and be able to do the things you wanna do and do it well...when you go through something like cancer, not a lot of stuff matters after that...baseball's just a game, it's not that big a deal.  There's a lot more to life than baseball, that's what I try to take away from it." 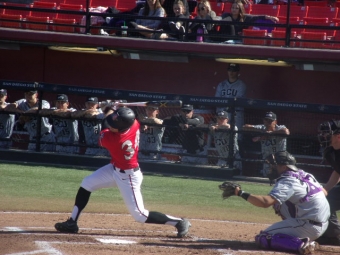 The Aztecs play the final game of the Legacy tomorrow night against Michigan.  First pitch is set for 6:00 p.m. 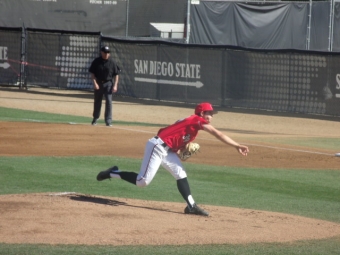 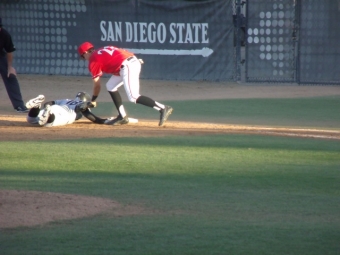 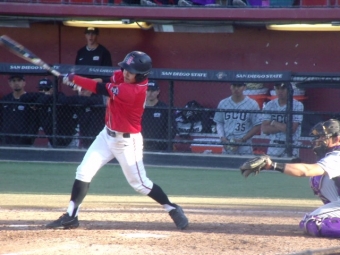