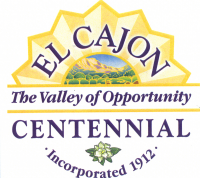 July 16, 2015 (El Cajon ) – El Cajon’s City Council voted Tuesday to move forward on plans to build a Hampton Inn with upscale restaurants on the site of the former police station on Fletcher Parkway near North Magnolia Avenue.  The action comes after last month’s approval to bring a Marriott Hotel to town.

“Revitalization of El Cajon has a snowball effect,” Councilman Gary Kendrick told East County Magazine. Since approval of the Marriott deal, he says, “our phone has been ringing off the hook from investors because they know  that Marriott does their homework.”