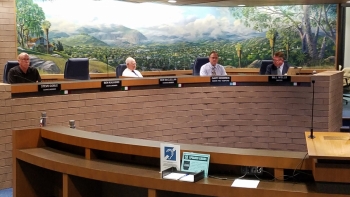 November 1, 2018 (El Cajon) - El Cajon Councilman Ben Kalasho today signed a settlement to end his latest legal battle with the city he represents, after his fellow Councilmembers voted unanimously on Monday to sue Kalasho for illegal use of city resources in his campaign to unseat incumbent Gary Kendrick.

The City had intended to bring the matter to the attention of the County of San Diego District Attorney, the California State Attorney General, and the California Fair Political Practices Commission.