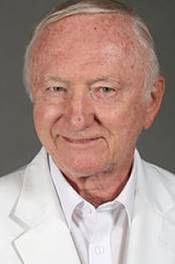 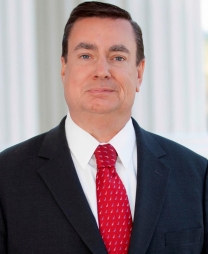 Ethics a key issue in the race

October 17, 2018 (San Diego's East County) – A low-profile, political race for a state office to represent nearly 10 million residents in five Southern California counties may be falling under the radar for many voters.

Up for grabs is an open seat for District 4 on the California Board of Equalization (BOE), a state agency that oversees county property tax assessors and sets other taxes, including the alcoholic beverage tax, railroad car tax and taxes for public utilities and insurers. District 4 encompasses all of San Diego, Imperial, Riverside and Orange counties and a small portion of San Bernardino County.

The two names on the November ballot for the District 4 BOE seat include California State Senator Joel Anderson (R-Alpine) and former San Diego City Council member Mike Schaefer. Both have substantial political experience, but both have also faced ethical issues in the past.

Anderson, 58, has name recognition having served two terms in the state Senate 38th District, including reelection in 2014. The long-time East County resident also served two terms in the state Assembly, beginning in 2006.  Anderson has been endorsed for the BOE seat by the Howard Jarvis Taxpayers Association for his legislative record defending taxpayers. He also has earned top ratings from the California Taxpayers Association, National Federation of Independent Businesses and California Chamber of Commerce. Anderson has been named “California State Senate Legislator of the Year” by the California Small Business Association and the California Small Business Roundtable. He also has earned “Legislator of the Year” recognition from the American Veterans, the California Veterans of Foreign Wars Department, the Vietnam Veterans of America, American Legion, California State Commanders Veterans Council and the Military Officers Association of America.

Schaefer, a Democrat, served on the San Diego City Council from 1965 to 1971 and has also been an assistant city prosecutor and has also been an investigator and financial analyst for the U.S. Securities and exchange commission. Since then, Schaefer has become a perennial office seeker. The 80-year-old has been a candidate in races for district attorney in San Diego and San Francisco, Congress, state attorney general, San Diego mayor, Palm Springs mayor, Los Angeles city council and several Nevada offices, including secretary of state and state controller. From 2005 to 2011, Schaefer lived part-time in Baltimore and ran for U.S. Senate, hoping to capitalize on the fact that his last name was the same as the state’s two-term governor. He is endorsed by the San Diego County Democratic Party.

Both candidates have faced ethical controversies in the past.

Most seriously, Schaefer, an attorney by training, was disbarred from practicing law in Nevada in 2001, and California took reciprocal action in 2005 by order of the state Supreme Court, according to the California Bar Association page with details on Schaefer’s history of numerous disciplinary actions in Nevada.  The Nevada Bar stated that his misconduct involved “dishonesty, deceit, [and] fraud,” the Reader reports.  In 1986, tenants of his sued and won $1.83 million for slum conditions at property owned by Schaefer. According to news reports, Schaefer has credited his second-place finish for the District 4 BOE seat in the June primary to a well-written candidate statement and a disinterested public.

Anderson was fined $20,000 by the Fair Political Practices Commission back in 2009 for accepting donations over legal limits funneled through a Fresno Central Committee from Hamann Construction, Barona and Sycuan tribes.  Anderson also returned $150,000 in disputed donations. Anderson denied soliciting the donations personally.  Earlier this year, Anderson was reprimanded by the Legislature after an independent investigation found that during a political fundraiser near the capitol, he told a female lobbyist he wanted to slap her, Cal Matters reported. Anderson has claimed his meaning was misunderstood.

The BOE seat is available because current holder Diane Harkey, R-Dana Point, is running for the House of Representatives in the 49th Congressional District.

On his campaign website, Schaefer states that he wants to protect Proposition 13, encourage common sense in government and minimize our tax obligations, but he does not list endorsements or awards. On his ballot statement, Schaefer says he has worked with Bob Hope, Archie Moore, LL Cool J, Frank Zappa and Debbie Reynolds.

On his ballot statement, Anderson said he will continue to protect Prop. 13 rights and join with working families against tax increases because everyone deserves to be treated with fairness.

I think I will vote for my cat in this one. Write in Boris Albóndigas, the better cat for the job.