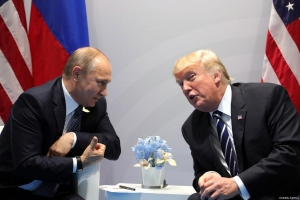 March 20, 2018 (Washington D.C.) – In direct conflict to warnings from top U.S. intelligence agency representatives, The House Intelligence Committee’s Republican majority shut down its investigation and  issued an overview of its report which concluded that Russia’s election hacking and social media attacks were merely intended to cause discord, not help Donald Trump win the 2016 presidential election.  The GOP report also concluded that that it found no “evidence of coordination, collusion or conspiracy between the Trump campaign and Russians. “