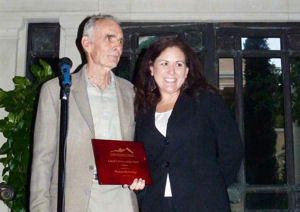 By Miriam Raftery
June 22,2012 (San Diego’s East County)-- Statewide leaders of the Planning & Conservation League (PCL)warned of “unprecedented attacks” in the Legislature on the California Environmental Quality Act (CEQA).
The remarks came during an event honoring East County environmental champion Duncan McFetridge, president of Save Our Forest and Ranchlands and executive director of the Cleveland National Forest Foundation.

At the La Jolla home of Bill and Michelle Lerach, the state’s top environmentalists warned of radical changes in Sacramento—and a need to restore bipartisan support for conservation by teaching a new generation lessons from the great environmental leaders of the past.

“I’m old enough to remember when environmental activism was a bipartisan affair,” said PCL president David Mogavero. He recalled that the Environmental Protection Agency was established under President Richard Nixon. Another Republican, President Theodore Roosevelt, led efforts establishing our national park system.
But today, Mogavero stated, “Things have truly changed. Lack of bipartisanship is making things difficult.” Even moderate Democrats are being swayed by an army of industry interests, he added.
With the economic downturn, environmental organizations have faced challenges raising funds. Sierra Club and PCL have each dropped from three lobbyists apiece to one; Union of Concerned Scientists also has just one lobbyist now, said Bruce Reznik, PCL executive director. 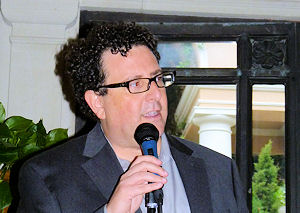 “Lobbyists have all the power and a lot more money,” Reznik observed. He praised McFetridge, long an advocate of long-range planning, citing a need for a clear and articulate vision on what Californians want in the future on issues such as transportation, energy use, water conservation and food production.
“Duncan McFetridge never stops. He refuses to be defeated,” said Lorena Gonzalez, Secretary-Treasurer of the San Diego-Imperial Counties Labor Council and a new PCL board member. “Duncan is like a dog whisperer to labor leaders,” she said, praising his commitment to battling sprawl and noting that San Diego has one of the only labor councils that has committed to oppose efforts to gut CEQA. “It’s so important to ally communities and keep us on the right path.”
PCL, a coalition of local environmental groups, has been at the forefront in the creation of California’s landmark environmental laws, including CEQA, the Coastal Act, and AB 32, the landmark climate change bill.
Local political leaders turned out for the occasion, including Republican Supervisor Pam Slater Price, Democratic Congressman and mayoral candidate Bob Filner, Supervisorial candidate Dave Roberts, and former Councilwoman Donna Frye. 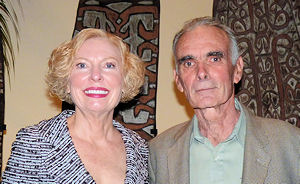 McFetridge, a resident of Descanso, has led many battles to preserve agricultural and rural areas from development in our region. Most recently, his environmental group filed a lawsuit against San Diego County’s planning agency, faulting the new regional transportation plan for focusing on short-term freeway construction while ignoring public transit until the year 2030—a choice he argues will worsen urban sprawl and increase greenhouse gas emissions.
Accepting his award, McFetridge thanked a team that includes lawyers, scientists, labor, and volunteers.
“The great environmental leaders of the past all said that without the environment, we would not have an economy,” said McFetridge, who quoted from famous conservationists of a bygone era. “John Muir called wilderness his home. Wallace Stegner wrote that wilderness is the geography of hope. Aldo Leopold said that the environment is the foundation of a community.” 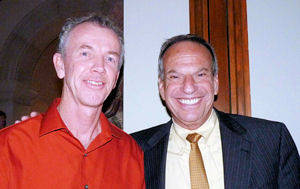 Citing the importance of home, hope and community, McFetridge observed, “If we lose our farms, our watersheds, our air…what does that do to our community?”
He concurred with the assessment that “there is a war” on environmentalism in Sacramento and Washington, but added that the war is based on false premises.
“We have to go back and revive these great lessons from our past—and realize that saving our environment is saving our country,” he concluded.
“We can’t lose hope. We can’t lose our homes, we can’t lose our community—because what we do to the environment, we do to ourselves.”

Duncan was (and continues to be) a godsend to countless thousands of acres of wilderness that, without him, would've been paved over by politicians and developers. It's gratifying to see him receive the recognition he deserves for his defense of the "permanent things."