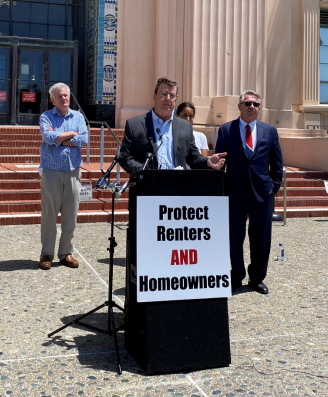 May 15, 2021 (San Diego’s East County) – An association representing landlords has filed a lawsuit against San Diego County and County Supervisors, one week after the Supervisors voted 3-2 to enact a temporary ban on most evictions during the COVID-19 pandemic.