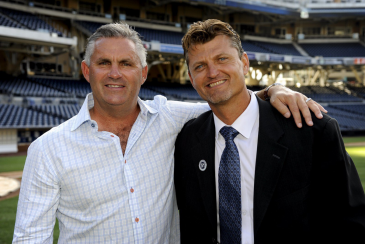 Photo via @Sweendog9 on Tumblr

January 30, 2018 (San Diego) - Former Padres general manager Kevin Towers has passed away at the age of 56.  Towers, who is most known for putting together the 1998 Padres team who won the National League championship, passed from a rare form of thyroid cancer that he was diagnosed with in December of 2016.