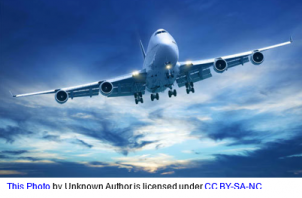 September 8, 2018 (Spring Valley) -- A working group is being formed to study the issue of airport noise in East County and provide recommendations to the Federal Aviation Administration (FAA) in response. According to Susan Nichols, the group comprised of 15 members will look for feasible ways to reduce noise.

Nichols, who is from the Grossmont-Mt. Helix Improvement Association, is the first voting member of Airport Noise Advisory Committee representing East County. Supervisor Dianne Jacob requested East County be given a voice on the committee for the first time since it was formed in 1981 because noise complaints increased as the FAA changed flight paths. Since 2016, areas such as Spring Valley, La Mesa and Rancho San Diego have seen an uptick in airplane noise as the Next Gen system was implemented to hone a fuel-saving flight path for planes landing in San Diego. In addition, La Jolla changed rules on how low planes could fly above, causing many arriving planes to reroute and queue to land over East County.

Nichols attended the Valle de Oro Planning Group meeting on Tues., Sept. 4 to urge members to join the working group. She also asked the public to file complaints whenever a plane bothered them to help build data surrounding the noise. Nichols said noise mitigation is complaint driven, so East County could lose its seat if another community reports more issues to the FAA before the two-year appointment ends.

In order to file complaints, community members can call the hotline at (619) 400-2799. The FAA has also developed an app for people to report each time they see or hear an airplane in their area. However, it is not available in the Google Play or App Store. To help people install the app, the Lemon Grove Library is hosting a training on Sept. 12 from 4 to 6 p.m.