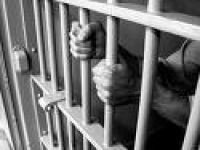 April 17, 2011 (El Cajon) – Following a manhunt during the night for a man who abducted his 9-year-old son at gunpoint from a couple babysitting the child at 1800 East Lexington, El Cajon Police arrested Anthony Cortez, 28 early this morning. Cortez returned the child unharmed to the mother and police took him into custody at her home.

According to El Cajon Police, the suspect tried to remove his son from the babysitters’ home around 11 p.m. last night. He did not have custody rights and one of the babysitters intervened to try and prevent him from taking the child. Cortez reportedly pulled a handgun and fired two shots, then abducted his son. There were no injuries from the gunfire.

El Cajon Police, with the assistance of the Sheriff’s ASTREA helicopter conducted an intensive search for the suspect and 9-year-old boy. Initial attempts to locate the suspect were unsuccessful and El Cajon Police continued to search and follow up on leads throughout the evening.

Early this morning, several El Cajon Police officers took Cortez into custody without incident when he arrived at the home of the child’s mother.

There is obviously a lot to consider about this. But I think you made some good points in discussing the topic.

This man has not been convicted of kidnapping, so watch out, you could open yourself up for a libel suit. Did you go to journalism school? If you say "suspicion of kidnapping" you're off the hook.

This is absolutely ridiculous. I can't believe that something like this is so common in an area.