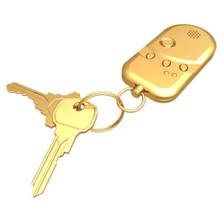 “Dad, we’re taking away your car keys because you’re not safe to drive!”

June 13, 2014 (San Diego's East County) – It’s the great debate – who’s the better driver? Mom or Dad?  This Father’s Day, dads will love to hear in a recent national survey 63% of adult children say Dad’s a better driver than Mom. However, if adult children had to take away Dad’s car keys because he’s unsafe to drive, many fear Dad would get so angry he’d cut them out of the will.

The new national poll reveals more than 3 out of 4 (79%) adult children say telling their parents they’re taking away their car keys because they’re no longer fit to drive is THE MOST uncomfortable conversation they could have with them.

The national survey of 400 adults, whose parents are both living, 65 or older and currently driving, was commissioned by Visiting Angels, one of our nation’s largest in-home senior care companies with more than 450 offices throughout the country.

Dad is more likely than Mom to…

Mom is more likely than Dad to…

WHO SHOULD TALK WITH DAD?:

The survey reveals more than half (55%) of adult children would prefer their sibling/s have the car keys conversation with their parents. 58-year-old Jeff Cooper, of Phoenix, was nominated by his two sisters to have the dreaded car keys conversation with his 85-year-old dad. Jeff talked to his dad four or five times – and each time, his dad was convinced he was still a good driver. Jeff eventually had to call law enforcement and his insurance agency to test his dad. His father failed the tests, and his keys were taken away. Jeff’s father was furious, and he says it would have been nice to have a caregiver help facilitate this difficult conversation with his dad.

THE SOLUTION to the DREADED CAR KEYS CONVERSATION:

WHAT’S SO STRESSFUL ABOUT TAKING AWAY PARENTS’ CAR KEYS?

•    The majority (61%) of respondents fear their parents will become depressed if they can’t drive.

•    Nearly half (45%) say it will in some way damage their relationship with their parents.

•    42% say they worry they’ll now have to drive their parents around.

“We often hear how families dread the ‘car keys’ conversation because it’s uncomfortable, emotionally charged and can strip their parents’ feelings of pride and independence. We would rather help families have this conversation than to have them avoid it all together. That’s why we started the Senior Driving Safety Program,” says Larry Meigs, CEO of Visiting Angels. “Our caregivers can help mediate the conversation and drive parents around so they’re not socially isolated and can get wherever they want to go. Plus, our caregivers are trained to spot elderly driving problems adult children often miss.”

* This online survey was done by a third party and commissioned by Visiting Angels.

* Survey participants (199 men, 201 women) have no affiliation with Visiting Angels.

Visiting Angels was established in 1991 in Baltimore as an independent agency caring for seniors in their homes. Today, Visiting Angels has more than 450 private duty agencies throughout the United States. Visiting Angels agencies employ only experienced caregivers and conduct the most comprehensive background screenings to ensure that their caregivers meet or exceed the company’s high standards. For companion care, Alzheimer’s care, Dementia care and the country’s best palliative care program, make Visiting Angels your choice in senior homecare. For more information on Visiting Angels or to find a location near you, please visit www.visitingangels.com.