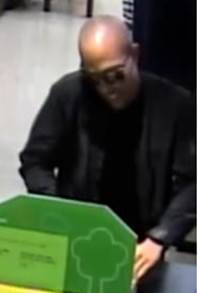 August 15, 2019 (San Diego) -- The Federal Bureau of Investigation (FBI) and the San Diego Police Department (SDPD) are seeking the public’s assistance to identify the individual responsible for a bank robbery. This morning around 10:30 a.m., a man entered the US Bank branch inside a Vons store at 6155 El Cajon Boulevard in San Diego. 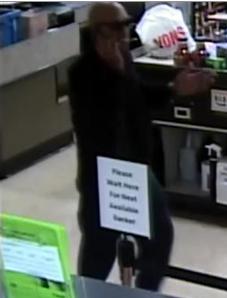 After approaching a bank teller, the robber made a verbal demand for money.  Specifically, the robber stated, “Grab a bag. Start with your 100s. Put all the money in the bag and give it to me or I'm gonna [sic] shoot." As a result of the threat, the teller complied with the robber’s demand and provided a sum of cash to the man.  After receiving the cash from the teller, the robber fled on foot, says special agent Davene Butler with the FB.

Surveillance cameras captured photographs of the individual wanted for this robbery.  In the surveillance photographs, the robber can be seen wearing sunglasses inside the bank. 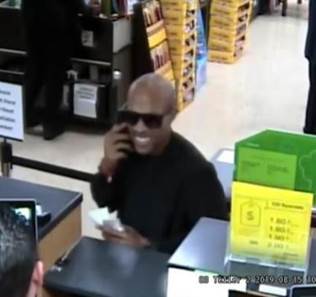 Witnesses have described the robber as follows:

Also KGTV does not show any news anchor resembilng this man on its site, so it appears you are mistaken, Rescue51.