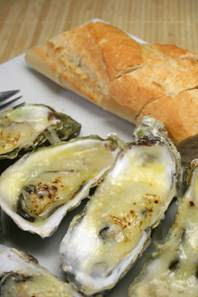 Oysters, clams, mussels, and scallops from Korea should be removed from the market, including canned products
May 27, 2012 (Washington D.C.)  The Food and Drug Administration (FDA) has removed all Korean certified shippers of molluscan shellfish (oysters, clams, mussels, and scallops) from the Interstate Certified Shellfish Shippers List (ICSSL), following a comprehensive FDA evaluation that determined that the Korean Shellfish Sanitation Program (KSSP) no longer meets the sanitation controls spelled out under the National Shellfish Sanitation Program. FDA’s evaluation of the KSSP found significant shellfish growing area deficiencies including:
a.       ineffective management of land-based pollution sources that can impact shellfish growing areas;
b.      inadequate sanitary controls to prevent the discharge of human fecal waste from fish farms and commercial fishing and aquaculture vessels operating in and adjacent to shellfish growing areas; and
c.       detection of norovirus in shellfish growing areas analyzed by FDA during the evaluation
Because of inadequate sanitation controls, the molluscan shellfish harvested from Korean waters may have been exposed to human fecal waste and have the potential to be contaminated with norovirus.
Noroviruses are a group of viruses that cause gastroenteritis. Symptoms of illness associated with norovirus include nausea, vomiting, diarrhea, and stomach cramping. Affected individuals often experience low-grade fever, chills, headache, muscle aches and a general sense of tiredness. Most people show symptoms within 48 hours of exposure to the virus. The illness typically lasts one to two days. Norovirus is usually not life-threatening and does not generally cause long-term effects.
The removal of Korean shellfish shippers from the ICSSL is intended to stop the import of molluscan shellfish harvested from polluted waters. Korean molluscan shellfish that entered the United States prior to May 1 and any product made with Korean molluscan shellfish are considered adulterated under the Federal Food, Drug, and Cosmetic Act.
FDA recommends that food distributors, retailers, and food service operators remove from sale or service, all fresh, frozen, and processed (including canned) Korean molluscan shellfish and any product subsequently made with them. Korean molluscan shellfish represents only a small fraction of the oysters, clams, mussels, and scallops sold in the United States. FDA is currently working to determine the distribution of the product.
Distributors, retailers, and food service operators can continue to receive molluscan shellfish from any of the other shellfish shippers listed in the ICSSL1.
Advice for Consumers:
Consumers who have recently bought molluscan shellfish and are concerned that it may have come from Korea, should contact the store from which it was purchased and ask where the shellfish were harvested.  Consumers can check the label on packaged (bagged, boxed, canned, etc.) seafood to see if it is from Korea. If it is not clear where the product is from, consumers can call the manufacturer to find out. Molluscan shellfish from Korea and products made with molluscan shellfish from Korea should be thrown out.
FDA will post on its website any recall notices it receives from companies identifying specific products that contain molluscan shellfish harvested from Korea.
No U.S. illnesses from the consumption of Korean shellfish have been reported in 2012.
This Constituent Update can be found at http://www.fda.gov/Food/NewsEvents/ConstituentUpdates/ucm304600.htm

Additional Constituent Updates can be found at http://www.fda.gov/Food/NewsEvents/ConstituentUpdates/default.htm