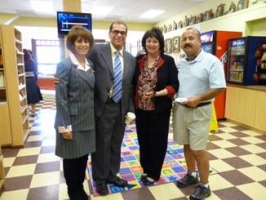 April 9, 2014 (San Diego)—In recent years there has been considerable debate over how to modify the immigration system and how to grow the economy. Both are related--and both matter to not just the national economy, but our regional economy. There has also been renewed emphasis in growing our export capacity, which has lagged. But there has always been an emphasis on small businesses as the engine of American economy—and now a new report shows that immigrants are fueling that engine.