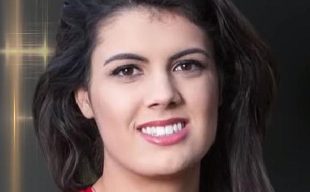 January 1, 2019 (San Diego) – Bre Payton, 26, a conservative writer for the Federalist magazine and frequent guest commentator on Fox News and other networks, died Friday in San Diego from H1N! (swine) flu and meningitis. Her friend, Morgan Murtaugh, was staying over the holidays at Payton’s San Diego apartment and found her unconscious on Friday, December 27th, shortly after Payton was diagnosed with the flu, the New York Times reports.

Prior to Payton’s death, the County of San Diego had reported seven deaths from influenza, or flu, this season as of December 26th. Three cases of bacterial meningitis were reported at San Diego State University, the most recent in late September.

Dr. Wilma Wooten, County Health director, has urged the public to get flu shots.  Vaccines are also available to prevent bacterial and some forms of viral meningitis, which can cause brain swelling and death even in otherwise healthy young adults.