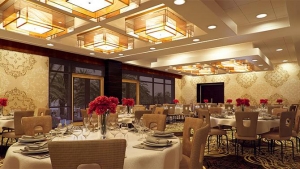 October 27, 2015 (Alpine)--Viejas Casino & Resort will be officially opening its second luxury hotel tower on Friday, October 30th. Thousands will be in attendance for the grand opening ceremony for the new five-story tower. Separated by the hotel pool area and the Park at Viejas––a designated space for concerts and special events––the new hotel tower stands near its partner, Viejas’ first hotel tower, which opened in spring of 2013.