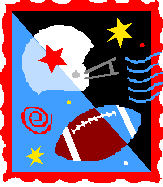 El Capitan Alums Ryan Lindley and Tommie Draheim Will Serve as Grand Marshals
By Ryan Schuler
April 11, 2012 (Lakeside)--Former SDSU football players and El Capitan High School alums Ryan Lindley and Tommie Draheim will serve as the grand marshals of the Lakeside Western Days Parade on Saturday, April 21.
The parade will start at 9:30 a.m. and go along Woodside Avenue and Maine Avenue. The theme of this year’s parade is “Lakeside: A Community Building Leaders.”
The 47th annual parade, presented by the Lakeside Chamber of Commerce, is one of the largest equestrian participations on the West Coast, and will feature a variety of bands, clowns, classic cars, off-roaders, queens, princesses, and local dignitaries.
Lindley, arguably the best quarterback in SDSU history, threw for 3,153 yards and 23 touchdowns against only eight interceptions this year in route to being named the team’s offensive player of the year.

Draheim became the first SDSU lineman since 2003 to be named to the All-Mountain West first team. He was also named the team’s offensive lineman of the year.