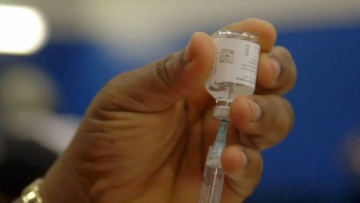 Photo:  the flu season is upon us; it’s not too late to vaccinate

April 12, 2019 (San Diego) - An additional four flu deaths were reported in the region last week; this at the same time the number of influenza cases went down significantly, the County Health and Human Services Agency announced today.

The ages of the four people who died ranged from 69 to 90 years of age and all had underlying medical conditions. The new deaths bring this season’s total to 59. In comparison, 333 flu fatalities had been reported at the same time last year.

The number of lab-confirmed cases dropped to 313 cases last week, from 556 cases the week before. To date, a total of 8,764 flu cases have been reported this season, compared to the 20,362 cases that had been reported last year.

Like the rest of the country, the most commonly identified flu strain causing local illnesses is now influenza A H3N2, which tends to sicken the elderly and the very young, as well as those with chronic medical conditions. Influenza A Pandemic H1N1 continues to circulate and a low number of influenza B viruses are also being reported.

“While influenza appears to be waning, it is still important for people to continue taking precautions to avoid getting sick,” said Wilma Wooten, M.D., M.P.H., County public health officer. “The best protection against the flu is getting vaccinated.”

For the week ending April 6, 2019, the Influenza Watch report shows the following:

​How to Prevent the Flu

The Centers for Disease Control and Prevention recommends that everyone 6 months and older get a flu shot every year. The vaccine is safe and effective. It takes two weeks for immunity to develop.

In my long lifetime I have had flue as well as other common issues. My parents would not allow intrusive vaccinations including Polio. Having traveled a long path, I find that "preventive science" is not a sure thing but invasive, for sure. I depend on my natural immune system to keep me company, along with exercise and relative good diet. Belly up to the bar boys, the "shots" are on me.
If only everyone would follow the sound advice of experts and get the influenza vaccine every year, many deaths could be prevented. Hopefully scientists will someday create a once in a lifetime vaccine to combat this nasty virus.