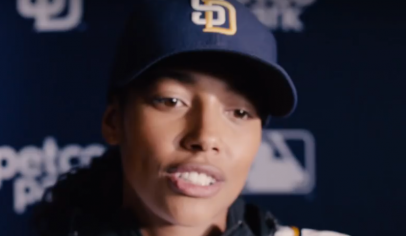 May 21, 2016 (San Diego) - FOX's new show, "Pitch," a fictional story about the first female major league baseball player, will be coming to San Diego in the fall.

The show utilizes Petco Park as its main filming location (since the lead character plays for the San Diego Padres), but it also uses several other San Diego landmarks as well, including the Coronado Bridge.

Kylie Bunbury from FOX's "Under the Dome" is the star of the show, a young female pitcher whom the Padres call up from the minor leagues.  She is described as the first groundbreaking baseball player since Jackie Robinson broke the color barrier.  The show is being made in conjunction with Major League Baseball.