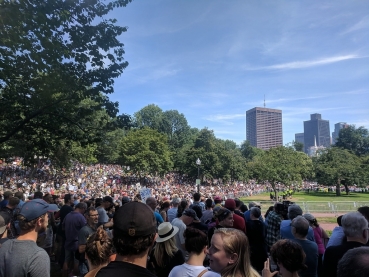 August 23, 2017 (San Diego’s East County) - Across the U.S., 67 rallies in 23 states organized by hate groups including Nazis and  Ku Klux Klan members have been cancelled, Newsweek reports.  The groups say that they will instead hold a virtual event online on September 9th, but will not be wielding torches and marching through America’s streets  chanting anti-Jewish, anti-black and anti-immigrant messages as they did in Charlottesville, Virginia.