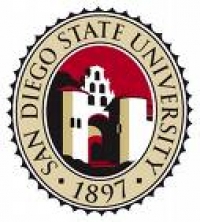 Classes began on August 25, but a complete census could not be taken until after the final add/drop deadline. Final numbers show that among the 4,976 first-time freshmen, the average high school GPA is 3.69 with an average SAT score of 1112, up from 3.60 and 1103 the year before.

The incoming class is also highly diverse; 58.8 percent of first-time freshmen are students of color.

“We are delighted by this development as it shows that the strategic plan to advance student success, diversity and academic quality continues to yield the desired results,” said SDSU Provost and Senior Vice President Chukuka S. Enwemeka.

The application pool was more competitive than ever before, with a record 79,137 undergraduate applications received for the 2014/15 academic year.

This semester, SDSU also welcomes the largest incoming class of University Honors students in the history of the university. In addition to a minimum high school GPA of 3.7 and SAT score of 1200, these 226 students from all over the country, also show a commitment to achievement and to giving back to the communities in which they live and work.

Peace and love from the class of 1976. Sorry you missed all the fun.