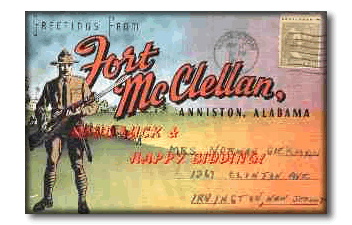 July 24, 2014 (San Diego)—A growing number of veterans who served at Ft. McClellan in Alabama, where chemical and biological weapons testing and training was done, are now suffering health problems including cancer, autoimmune diseases and birth defects in children that may be linked to exposures to these toxins. Radioactive materials were also used. Sixty Minutes has called it one of the most toxic sites in America.

Now those who served at Ft. McClellan are taking their case to Congress.  House Resolution 411, introduced by Rep. Paul Tonko D-NY] and cosponsored by several other members including Rep. Duncan Hunter [R-El Cajon]  would direct the Secretary of Veterans Affairs to establish a registry of certain veterans who were stationed at Fort McClellan. (Read the Bill).