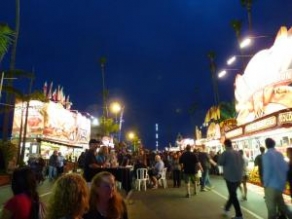 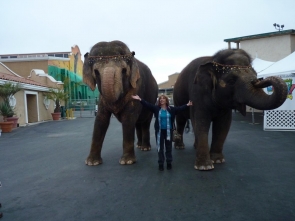 June 7, 2013 (San Diego) -- East County Magazine took a sneak-preview tour of the San Diego County Fair at Del Mar, which opens June 8 and runs through July 4.  "Game on" is the theme at this year's fair, featuring classic game shows--and some "gamey" fare for tasting.

Highlights from East County featured at this year's fair include the ever-popular Firefighters Demolition Derby on opening day, June 8 (when 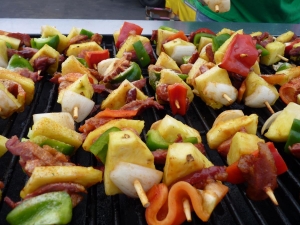 you can also take in a Beach Boys concert) and a Wine Festival June 15 where you can savor the fruits of labors from many local vineyards and wineries.

Whetting our appetites, our team of "East County Eaters" sampled an array of fair foods from chocolate-dipped bacon to deep-fried pickles.  The dish that got a thumbs up from our voracious eaters? Wild boar kebobs. (Photo right) View their video "review" here: http://www.youtube.com/watch?v=dBCMwQTvKLc&feature=youtu.be. 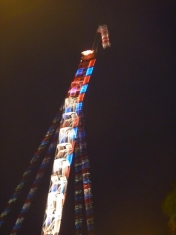 e thrill-seeking team member took the plunge on a bungee jump, leaping off a glowing tower suspended above an inflatable cushion--though only after first fortifying himself at the margarita stand. 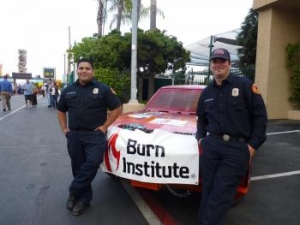 Many local media personalities were among the attendees at the VIP party, along with elected officials, tribal representatives.

Firefighters from Viejas were on hand, gearing up to square off in Saturday's demolition derby. It's all for a good cause--raising money for the San Diego Burn Institute which has done much to help victims of local wildfires.

As our evening ended and we headed for the gate, our editor spotted two local Republican State Senators (Joel Anderson and Mark Wyland) and persuaded them to pose with a pair of pachyderms--the GOP's party symbols. (No Democratic Donkeys could be found.)

We also found some clowns enjoying their night on the town.

For a complete fair schedule and more information, visit www.sdfair.com. 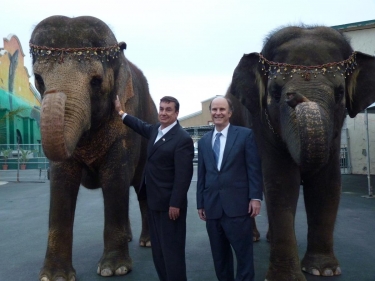 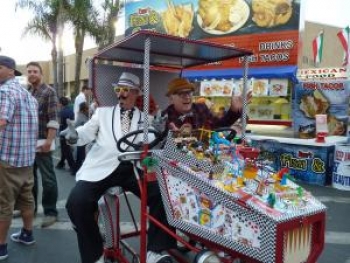