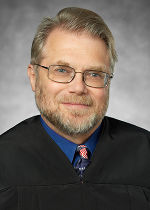 Judge Kreep has 20 days from the date of service (October 7, 2016) to file a written response to the charges,  which include conduct while serving as a judge as well as ethical violations during his campaign.  California’s constitution provides remedies that could include removal from the bench, censure, public or private admonishment.