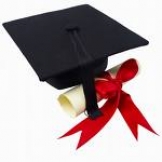 June 6, 2018 (El Cajon) – Although school board races are officially nonpartisan, the political parties weighed in with endorsements backing candidates in the Grossmont-Cuyamaca Community College District. Per the district rules, the top two-vote getters in each district will square off in a run-off, though Democrats won majorities in two of the three contests.