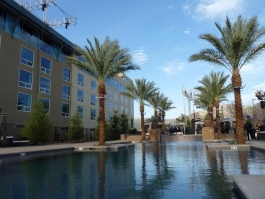 SAN DIEGO – June 9, 2014 – Viejas Casino & Resort today announced that it has received a TripAdvisor® Certificate of Excellence award. The accolade, which honors hospitality excellence, is given only to establishments that consistently achieve outstanding traveller reviews on TripAdvisor, and is extended to qualifying businesses worldwide.  Establishments awarded the Certificate of Excellence represent the upper echelon of businesses listed on the website.