October 7, 2012 (San Diego’s East County)—Zach Miller has first-hand knowledge of what a student needs to learn. Now 19 and a junior at SDSU, he is running for the Grossmont Union High School District Board to apply some critical thinking skills and assure that students' needs are met.

At age 5, he was admitted to American MENSA, an organization for those with genius-level IQs. He headed up Academic League teams and was captain of the Rubik’s Cube Competitive Team at Cajon Valley High School, where he graduated with honors.  While still in high school, he took community college classes; finishing 10th grade he enrolled at San Diego State University’s mechanical engineering program.

His priority is to ensure that teachers and students have resources to teach and learn. He hopes to include more Advanced Placement and honors classes and increases in student enrollment, resources for AVID courses.  He hopes to better the district, to look at what the schools need and use the money to help students learn instead of luxuries, such as building new swimming pools and performing arts centers. 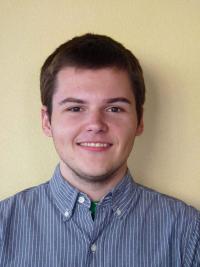 He was motivated to run because “I graduated from El Cajon Valley High in 2011. Students don’t have a say in decisions the board makes. It would be encouraging for a student to be on board. The students’ interests are underrepresented. We know what we need to learn.” He adds, “We’ve been losing great teachers because of salary cuts.”

While in his junior and senior years of high school, he took a few courses at Grossmont College, which saved money. Along with getting credit from AP courses, he was able to start at SDSU as a second semester sophomore. “Not enough students know that this is an option,” says Miller, who wants more outreach to students and their families.

Cajon Valley High has among the lowest test scores in our region.  He wants to improve those. At Cajon Valley, in particular, he notes, “There are a lot of Middle Eastern immigrants. If the standardized test is in English, and they can't read it, that's not fair...There should be a focus on ESL classes, so these immigrants can learn other things.” He also wants to see more mentoring and more peer counselors to encourage kids to go to college.

Budget cuts and teacher layoffs have taken a toll on all students.  On average, the class sizes are between 30 and 40, he says. “It’s too big. It’s better to have individual support. In a large class, it's hard to notice if a student is struggling."

He voiced disappointment with how budget cuts have been allocated by the board. “They seem to cut the number of AP (Advanced Placement) classes,” he notes. In addition to helping gifted students, he also wants to help those who are struggling.  “I want to reduce the dropout rate by focusing on students who are at risk. We can’t ignore them,” he states.

He adds, “There should be a focus on all students; everyone needs some help and encouragement to finish high school and go on to college to further your education." He wants the board to shift its priorities, noting, "There’s too much money spent at the administrative level.”

He supports Propositions 30 and 38, the education measures on the ballot. “30 helps teachers,” he said, adding that he supports more funds in the classrooms.

"When I was at Cajon Valley, the books were old. Books should be replaced.  There were rundown buildings," he said, adding that some have since been replaced thanks to Proposition U.  He supports some construction projects but also believes the District should "save somethng for a rainy day." He wants to see "fiscal responsibility.  They built a multi-million dollar pool but there is no budget for maintenance. It's a luxury--limited funds should go the the real needs of schools."

The District has also made big cuts in sports and recreation. “There’s a big problem at El Cajon Valley, where they were talking about discontinuing the drama program. The theatre needs to be fixed; it’s old.”  There’s a lack of adequate janitorial services and other basic needs, while at other campuses some Board members have sought to spend bond funds on expensive new projects not required by the bond measures.

As for the controversy over a 12th high school, he wants to see it built and have the District live up to its promises to Alpine voters. “I feel the District has a lot of time, effort, and money in planning the high school,” he told ECM. “ It’d be a mistake to back out now. It would bring in more students and revenue, and mean less overcrowding of other schools.” He also voiced concern over students forced to travel long distances to attend school.

Son of past Congressional candidate Karen Marie Otter, Miller got an early start in politics as his Mom’s campaign photographer. “I went to meetings with her. I volunteered with Sid Voorakkara, Pat Washington, Bob Filner,” he recalls. He is an elected member of the San Diego County Democratic Central Committee. Miller has also been a community volunteer, such as contributing time for the Empty Bowls program to benefit the homeless.