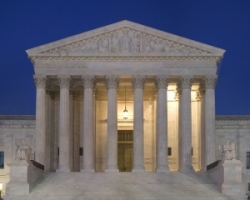 June 20, 2017 (Washington D.C.) – The US. Supreme Court has ruled that former Bush administration officials cannot be sued for allegedly violating Constitutional rights protecting against illegal search and seizures.  The case, Ziglar v. Abbasi, was filed by Muslim immigrants who allege that they were profiled based on their religion, arrested and detained in harsh conditions after the September 11th terrorism attacks.