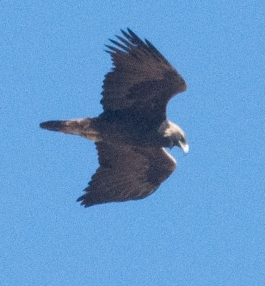 November 11, 2014 (Jacumba) – Consultants hired by renewable energy companies in recent years have consistently claimed that there are no golden eagles in the Jacumba-Boulevard Planning areas, where several major energy projects are proposed or planned.

But two separate residents of Jacumba now report seeing a pair of golden eagles in the past 10 days—including on documented with a photograph.  The first sighting was over the town itself and the second was directly across from the Jacumba Solar project and a proposed power line tie-in to the ECO substation.