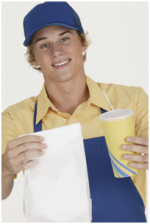 “The minimum wage has not kept pace with rising costs,” said Governor Brown. “This legislation is overdue and will help families that are struggling in this harsh economy.”

AB 10 was opposed by the California Chamber of Commerce. The group’s website states that the bill will “will continue to increase costs on employers of all sizes, regardless of other economic factors or costs that California employers are struggling with to sustain their business.”

Assembly Brian Jones (R-Santee), also opposed the hike.  “I am afraid the intentions of the author will backfire and this will hurt the middle class and working poor the most," he said. "It is clear California is not a business-friendly state, but this act will not just hurt businesses – it will drive up payroll costs so those businesses hire fewer people, or even worse, cut the hours of hard-working Californians trying to raise their families.”

But Speaker John Perez contends raising wages will boost the bottom line for some businesses.

“The real winner here is the economy. A $10 hour minimum wage boosts earnings by $4,000 a year and will put $2.6 billion dollars back into the hands of workers,” said Speaker Pérez. “This is money that will be spent at grocery stores, on school supplies and invested in education, and that ultimately strengthens the recovery and ensures California’s job market continues growing faster than the rest of the nation.”

“For millions of California’s hard working minimum wage employees, a few extra dollars a week can make a huge difference to help them provide for their families,” said Senate President pro Tempore Steinberg. “They deserve a modest boost and after six years, an increase in California’s minimum wage is the right thing to do.”

It truly baffles me that liberals in Sacto will inflict another nail in the coffin of an already withering economy. Please tell me how raising the minimum wage to $9 or $10 will help ANYONE. NO ONE can live on minimum wage. It is not supposed to be a wage someone can "live" on. If it were than it should be $20 to $25 an hour. Do you want to raise it to that? You will be paying $6 for a Big Mac if you do. That will only hurt those on low income already. Businesses are suffering as well as leaving the regulatory lava flow that is burning down our state. quote “The real winner here is the economy. A $10 hour minimum wage boosts earnings by $4,000 a year and will put $2.6 billion dollars back into the hands of workers,” said Speaker Pérez. “This is money that will be spent at grocery stores, on school supplies and invested in education, and that ultimately strengthens the recovery and ensures California’s job market continues growing faster than the rest of the nation.” unquote. That is the stupidest statement I have ever heard. These people already spend their hard earned money on this. The only thing that will come from this is employers will either cut employees that will add to our already bursting at the seems unemployed, underemployed, and not looking workforce.What this will effectively do is make your grocery store items MORE EXPENSIVE, make you school supplies MORE EXPENSIVE, your education MORE EXPENSIVE. It will delay the so called "recovery" that isn't happening and California's job market looks better on paper because so many people are at the end of their benefits and are now taken on the statistics for "unemployed". So do they just disappear? Nope. They are still out there waiting on Jerry Brown and Speaker Perez's New plan for recovery. I feel so sorry for the low income here in California while our elitist State officials collect their millions they need for fast cars, mansions, and fine wine. Rant off.