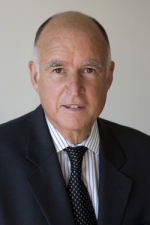 Progressive Democrats complain that the Governor’s budget is miserly toward the poor, who had deep cuts in services at a time when California has the nation’s highest poverty rate when adjusted for cost of living. Republican leadership contends that the budget does not provide a plan for economic growth to bring jobs to Californians.

Advocates for the poor organized protests in several major cities over the proposed budget. Anthony Wright, executive director of Health Access California, says the budget “largely continues the cuts that were made in the recession to health and human services,” the Sacramento Bee reports.

The Budget does provide over  $1.2 billion in funding for work force training and education to help workers develop the skills needed in today’s job market and has some minimal adjustments to other programs. But advocates for the poor believe much more is needed.

The Courage Campaign, which has nearly a million members in California, contends the budget heavily favors the wealthy while largely ignoring impoverished people in need.

State Senator Holly Mitchell of Los Angeles blasted Brown for proposing dramatic measures to tackle climate change while failing to show leadership by setting goals to  “reduce the number of kids in California who live in poverty.”

During the recession, the state chopped its share of benefits for blind, disabled and senior citizens by 25 percent.  The Governor’s budget offers a meager 1 percent increase.

One in five seniors in California are living in poverty—a fact that Diana Madoshi of the California Alliance for Retired Americans calls “shabby.”  She adds, “Our society seems not to value people with disabilities.”

Assembly Speaker Toni Atkins (D-San Diego) says legislators will be talking about “safety net programs, things like CalWORKS” that have had funding eroded during lean budget years.  She adds that the Governor is aware that “this is a dance that we start today and we’re going to be dancing for a couple months together.”

Brown has noted that despite high poverty rates, California does more for the poor than many other states, including expanding Medi-Cal, which was required by the federal Affordable Care Act to provide healthcare benefits to more low-income people.

Governor Brown’s budget takes  aim at University of California tuition hikes, tying a revenue increase for the UC system to a freeze on tuitions.  Late last year, UC regents voted to raise tuitions 28 percent over five years.  Brown’s budget gives a  4 percent increase to the UC system contingent on keeping tuitions flat and capping the number of foreign and out-of-state students in order to assure opportunities for California students.  Brown did not add the extra $100 million that the UC regents sought, a move that UC President Janet Napolitano called disappointing.

The California State University system, which did not threaten to raise tuitions, fared better—getting a 4 percent increase plus an extra $25 million to help students finish their degrees faster.

After years of drought, the budget also allocates more than half a billion dollars from the water bond approved by voters, Prop 1, last year to fund groundwater sustainability, recycling, and other water projects.

Assembly Republican leader Kristin Olsen of Modesto said Assembly Republicans stand ready to work with the Governor “on policies that will improve California’s long-term fiscal health.   She added, “I was pleased to see the Governor focus on paying down costly debt and building a strong Rainy Day Fund reserve. However I am disappointed that his budget does not include a plan for economic growth. Jobs and the economy must be a budget priority,” she concluded.

The Republican leader added that she supports prioritizing education in the budget but believes funding increases should be tied to “serious reforms,” but did not specify what those reforms should be. She also called for greater transparency in how the budget is created to give Californians more say in how their tax dollars are spent.

Senate Republican leader Bob Huff stated, “Overall it’s a good budget” and noted that the Legislature has until June to approve a final budget.

After drawing both praise and criticism from both sides of the political aisle, Governor Brown observed that it’s easy for critics to propose spending on various causes. But he concludes pragmatically, “There is only so much money here.”

school funding should be cut ... too much money for administrators and feel good bs. kids are not getting educated and money is no the answer. classroom discipline, no politically correct garbage, and personal responsibility are whats needed.
“I am for doing good to the poor, but...I think the best way of doing good to the poor, is not making them easy in poverty, but leading or driving them out of it. I observed...that the more public provisions were made for the poor, the less they provided for themselves, and of course became poorer. And, on the contrary, the less was done for them, the more they did for themselves, and became richer.” ― Benjamin Franklin I think our founders were a bunch of Right Wing Tea Party Nuts. Oh wait, yes they were. Never mind.