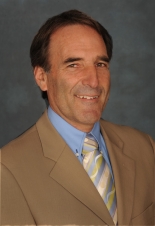 Updated October 24, 2015 with recall details from the Registrar of Voters

October 21, 2015 (El Cajon)--At a sometimes raucous Oct. 20 meeting attended by union and non-union construction workers, the Grossmont-Cuyamaca Community College District board voted 3-2 to table a vote on a proposed project labor agreement, saying it needs to meet with a citizens committee that oversees spending of bond funds.

The board was considering adopting a resolution that would direct its staff to negotiate a project labor agreement for district planned projects using $398 million in bond funds raised from Proposition V, the measure passed by area voters in 2012.

Despite the board’s postponement on the vote to its next scheduled meeting on Nov. 17, at least three of the five board members said they would support the PLA. Such agreements between government agencies and labor unions enact specific terms on a range of issues including setting minimum prevailing wages for various jobs.

“I’ve listened to both sides, and I’m voting my conscience and will support the PLA,” said Member Edwin Hiel, who joined Members Debbie Justeson and Mary Kay Rosinski in voicing approval for the agreement.

Hiel’s statement prompted a flurry of boos, catcalls and shouts of “Recall!” from non-union workers, and applause from union workers. The packed district headquarters room on the Grossmont College campus holds about 150 people, but about another 100 who were unable to fit into the room watched the meeting on closed circuit television at a nearby building.

A recall petition targeting Hiel was apparently served to Hiel at the Oct. 20 meeting, according to a local blog, San Diego Rostra. The Registrar's office confirms that a recall petition has been filed but that signatures required have not yet been verified, which must be done before signatures can be collected for the ballot measure itself.  In the GCCCD district, which has over 52,000 registered voters, recall backers will need 7,866 valid signatures to put the measure on the ballot in 2016.

Hiel was elected to the board in 2010. He is a counselor/ associate professor at San Diego City College.

GCCCD Board Chairman Bill Garrett and Member Greg Barr did not voice support nor rejection of the PLA resolution. Both, along with Hiel, voted to table the vote until the board met with the Citizens Bond Oversight Committee.

The board’s decision captured a great deal of attention recently because adopting a PLA would renege the board’s pledge to “fair and open competition for contracts” before Proposition V was passed by voters by a 58.2 percent majority, the San Diego County Taxpayers Association has said. A minimum 55 percent was required to pass.

That pledge caused the taxpayers’ organization to endorse the proposition three years ago. The nonprofit group that takes various stands on government spending said in a prepared press release it would revoke its support if the district adopts the PLA.

“The GCCCD sought out our endorsement because they knew it carries enormous weight with voters as they evaluate a bond measure,” said ‘Theresa Andrews, SDCTA’s interim president.

“We will not do anything until the board takes action on the resolution,” Andrews said the next day.

District Board Member Justeson cited studies of other agencies that adopted PLAs, including the city of Long Beach which resulted in more local hiring. Rosinski also said that PLAs would ensure that the bulk of jobs would go to local contractors.

“A PLA would prevent out-of-town and out-of-state workers from taking jobs from our local citizens,” Rosinski said.

But opponents of PLAs told the board that adopting the agreement would preclude the hiring of many local workers, and cause the hiring of more workers outside the county.  Gina Adams of RCP Block & Brick, a San Diego masonry supplier, told the board that if a PLA was adopted her business would be effectively blocked from bidding on future district construction contracts.

Union worker Michael Taylor told the board that a PLA would ensure that workers on the college’s projects would receive decent wages and good benefits, something he didn’t have while at a previous job at a non-union company. “It’s important that you adopt this PLA for the protection of workers...and not for the protection of contractors,” he said.

At Cuyamaca College, planned projects include a facility to house an ornamental horticulture department, for $11.5 million, and a student services building estimated at $34 million.

The unions make PLA's sound great on the surface. However, the details of actual PLA's paint a very different story. They are one of the last true forms of LEGAL DISCRIMINATION. As one of the Union Mobster's pointed out at the school board meeting, ALL - 100% of apprentices and all but 3 workers from each company ARE REQUIRED to come through the UNION hiring halls!!! Furthermore, ALL companies MUST pay into the UNION pension and benefit funds! This is not disputable, its black and white. If you think this is good for taxpayers then you are crazy. This board is literally bought and paid for by the unions - to the tune of $500,000 between the 4 of them. Crazy. They didn't even write their own ballot statements, they had the unions do it for them. RECALL and get some people in there that care about the students and the taxpayers.
The GCCCD board members promised to the public, taxpayers, and local workers as a promotional condition of the bond measure passage, that all workers, regardless of affiliation, would have a fair chance to bid on the resulting work. That decision was already made! If the school board members, now go back on their word of honor to make a special deal and now exclude those not affiliated with unions, they are engaging in misappropriation of the public funds. Those board members should be immediately removed from office for dishonorable behavior as one would purge thieves, liars, robbers, and charlatans from any position of the public trust. Scott H. Kidwell IBEW Electrician