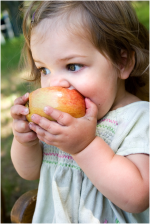 Three food banks distribute 31 million pounds of food a year to the needy in our region, but demand has increased 10% in the past year as more people lose jobs and fall into poverty.

About half a million people in San Diego faces hunger, yet 70% of those eligible for CalFresh (formerly known as food stamps) are not receiving them due to a lack of outreach to inform people about benefits. San Diego ranks among the lowest in the nation for food stamp participation among those who are actually eligble.

A 2009 study titled “Lost Dollars, Empty Plates” found that every dollar of federal funds spent on Food Stamps actually generated $1.84 in economic benefits through a multiplier effect. The recipient has more money to spend buying food at grocery stores or other vendors, who in turn make more purchases and on up the line.

Besides working to improve communication to people in need about benefit eligibility, the coalition is also working to bring locally grown foods to hungry San Diegans “so people stay healthy,” Criswell said. He encourages community members to shop at local farmers’ markets to support local growers. “We need to stimulate local growers and revitalize rural areas,” he said.

Some local farmers are partnering with schools to bring fresh produce directly to children through the school lunch program, also encouraging healthy eating habits.  San Diego Unified School District's farm-to-school program has been hailed as a model for its success.

People can also assist by volunteering with the San Diego Hunger Coalition. For more information on how you can help, or to get information about qualifications to receive food benefits, visit http://www.sandiegohungercoalition.org/.

We are pleased to read the thoughtful article about my presentation at the East County Chamber of Commerce.

I merely want to clarify here that, the 70% figure used in it is out-of-date. It REPRESENTED the percentage of people NOT accessing CalFresh years ago. I shared this as part of the wider context to show the need to prioritize improving the efficiency of and eligible participation in the program, but also to note the improvement that has been made in these areas by the County's Board of Supervisors, San Diego County's Health and Human Services Agency and many of their other community partners.

The percentage of eligible participation has been increasing steadily over the years. In fact, the county HHSA ranked in the top ten in increased case load in the entire country--in a period of hiring freezes and cutback, I must add. This is 1) alleviating needless hunger and 2) stimulating the local economy, especially that of local grocers and growers, in a time of economic challenge.

Efforts such as this, are part of a wider effort that include focusing on reducing childhood obesity and improving the health of all San Diegans. These prevention efforts are putting San Diego at the forefront of many promising public-private practices in the country, and will put San Diego in a good position economically (and in other ways) given the increasing cost of treating health costs.