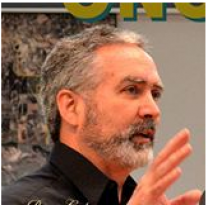 September 10, 2017 (San Diego) – After Citizens Oversight sued San Diego’s Registrar of Voters, a judge ruled that in future elections, the 1% manual tally must include mail-in ballots dropped at the polls or received days after the election, as well as valid provisional ballots.  But now a last-minute amendment slipped into Assembly Bill 840 by an organization of election officials  would eliminate that requirement statewide – a move Lutz says puts election integrity at risk and could allow tampering with certain ballots to occur undetected.

Listen to our interview, originally aired on KNSJ 89.1 FM Radio, by clicking the audio link amd scroll down for highights. Also hear about a major difference in votes cast late vs. early – and why Lutz believes if all the local ballots had been examined, it may have changed the outcome in the Democratic presidential primary.

Lutz also urges concerned citizens to contact your legislators and urge them to oppose  AB 840 as amended. The bill, originally benign, has support listed from many prominent individuals and organizations that may not be aware of the new amendments or their implications for democracy. The bill’s coauthors include San Diego Democratic Assemblywoman Lorena Gonzalez.