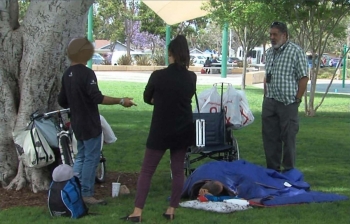 August 2, 2020 (El Cajon) – By a unanimous vote, El Cajon’s City Council on Tuesday approved giving Crisis House until December 31st to vacate its current location on city-owned property and still qualify for $700,000 under an early lease termination agreement.  Crisis House, which provides services to the homeless and to victims of domestic violence, has been leasing city property for $1 a year for the past 26 years.

In an earlier decision, the Council had given Crisis House only three months, until September 30th, to get out and receive the maximum $700,000 amount, though a diminishing amount of funds would have been offered to aid in relocation through when the lease ends next summer.  Under the new arrangement, Crisis House will no longer receive anything if it stays past Dec. 31.