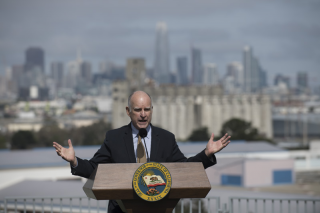 October 2, 2017 (Sacramento) - Governor Jerry Brown has signed into law 15 bills that aim to ease the state’s affordable housing crisis, but which also restrict the abilities of local governments, environmentalists and neighborhood groups to block projects in their communities.

In a signing statement, the Governor says, “These new laws will help cut red tape and encourage more affordable housing, including shelter for the growing number of homeless in California.”

Here are summaries of the new laws: