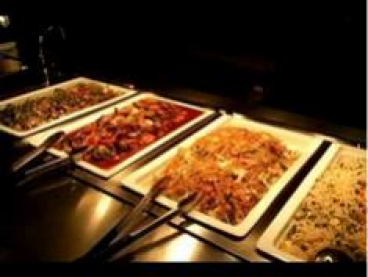 February 9, 2016 (San Diego’s East County) – California’s Labor Commissioner is investigating the abrupt closure of Hometown Buffet’s closure of restaurants statewide without any notice to its employees.  State law requires that employers with over 75 workers give at least 60 days notice before mass layoffs.

But workers at the six Hometown Buffets that closed in San Diego County, including the Santee and El Cajon locations here in East County, arrived at work to find the stores shut down.

The company could face a civil penalty of $500 a day and be forced to pay workers 60 days of back pay, as well as covering medical expenses, if the state determines that it violated state law by failing to provide a layoff notice.

The state launched its investigation in response to a 10 News investigation of the sudden closures.  An attorney for Hometown Buffet told 10 News that the company contends it acted legally, since no single restaurant had 75 employees and some workers were independent contractors. But a spokesperson for the Labor Commissioner said that’s the wrong interpretation of the law, which includes independent contractors as well as employees.

just found out this year that our HOMETOWN BUFFET in our Local town of Redding, CA has also closed I don't no if its related to this STATE INVESTIGATION from 2016, since it just closed this 2019 here in Redding, in California.