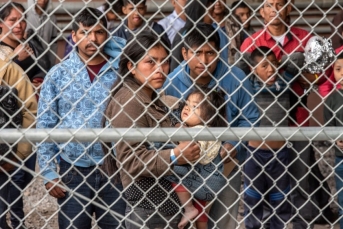 March 14, 2022 (San Diego) – The Biden administration has announced a 120-day pilot program in Houston and Baltimore to test placing migrants into house arrest as an alternative to detention facilities while they await immigration hearings. The home curfew program would cost only $6 to $8 a day per person, far less than the $142 per day for detention in a facility, Reuters reports.