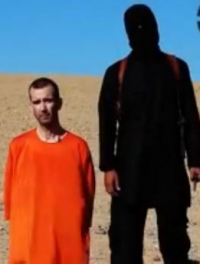 March 16, 2016 (San Diego’s East County ) – The House of Representatives this week has passed two measures aimed at holding ISIS and the Syrian regime accountable for atrocities committed in the Middle East. One would declare atrocities by ISIS to be war crimes, the other calls for a war crimes tribunal to address Syrian actions.

The first, House Concurrent Resolution 75, passed Congress unanimously with all five San Diego members voting in favor.  It calls on the President to declare crimes perpetrated against Christians, Yazidis and other religious minorities to be war crimes and crimes against humanity.  Author Jeff Fortenberry (R-Neb.) has called ISIS a “threat against civilization itself.”  ISIS, also known as ISIL or the Islamic State, has been documented engaging in torture, beheadings, enslavement of children and other atrocities.

The second measure, House Concurrent Resolution 121, asks the President to direct his ambassador at the United Nations to promote establishment of a war crimes tribunal to prosecute war crimes committed by the government of Syria, its allies, and other parties to the conflict.  HCR 121 passed by a 392-3 vote.  Among San Diego’s delegation, Republicans Duncan Hunter and Darrell Issa voted for the measure, along with Democrats Susan Davis and Juan Vargas. Democrat Scott Peters was not present.