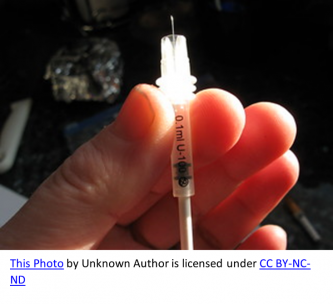 April 1, 2022 (San Diego) – Experts say it costs less than $10 a vial to manufacture insulin, yet the price to consumers with diabetes has skyrocketed to as much as $1,000 per vial, ABC News reports. That’s led to rationing and deaths of some patients. Hoping to save lives, the House voted 232-193 to pass a bill that would cap insulin costs at $35 or 25% of an insurance plan’s negotiated price.

Although 12 Republicans voted with Democrats for the bill, local Republican Congressman Darrel Issa voted against it.  San Diego County’s other Congressional representatives voted in favor.

House Majority Leader Steny Hoyer told journalists Wednesday that it is “inexcusable” for companies to charge inflated prices for a “life-sustaining drug” given that costs have “not increased and whose research costs have been amortized a very long period ago.”

The insurance industry has lobbied heavily against the bill.

“Insulin prices are too high because Big Pharma alone sets and controls the price,” America’s Health Insurance Plans spokesman David Allen told Politico. He argued that the bill would continue to allow pharmaceutical companies to raise prices, leaving insurers to cover the costs which he contends would mean higher insurance premiums charged to patients.

The bill may face a tough time in the Senate, where the Senate version of the “Affordable Insulin Now Act” is authored by Senator Raphael Warnock (D-Georgia).

However, an alternative bipartisan measure authored by Susan Collins (R-Maine) and Jean Shaheen (D-New Hampshire) would go farther, not only capping insulin at $35 for consumers, but also taking action to lower the costs charged by the pharmaceutical industry to end the price gouging.

Senate Majority Leader Chuck Schumer has said that a final version could include elements from both measures.