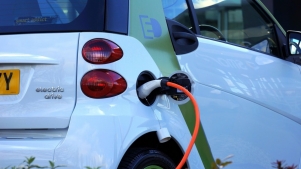 November 10, 2020 (San Diego) -- It should be no surprise by now that we are on the edge of environmental catastrophe. We have just a handful of years to make significant changes to the way we live or else inflict irreversible damage to our planet. None of us want to cause unnecessary panic, but it also won’t help us to ignore the facts here.

One of the key areas contributing to environmental damage is transportation. Our reliance on fossil fuels, combined with the pollutants they emit, is toxic. As a result, Governor Gavin Newsom is pushing to implement a ban on new purchases of gas-powered vehicles by 2035. But is this really an effective silver bullet for this problem?

We’re going to take a closer look at a few important aspects surrounding the idea of introducing a ban. What are the challenges that could arise? What are the potential positive and negative effects that cities could experience? How could it influence the direction of development in the future?

One of the more pertinent questions in this issue is whether the legislation is necessary or practical. It can seem like a good idea — no new gas vehicles being produced may mean lower emissions. However, we also have to look at what the knock-on effects of such legislation could be.

Whenever you introduce new laws, there also comes the practicality of enforcing them, and the costs to ensure industries are prepared to make the relevant changes. Not to mention that state legislation may not be duplicated throughout the country on the same basis. This means that while California may not be producing these cars, gas vehicles from another state may well still be traveling and polluting here.

So, what are the alternatives to legislation? From a philosophical perspective, it may well be more desirable to empower people to make the change, rather than forcing them to. One of the primary obstacles to widespread electric vehicle adoption right now is the perceived cost.

States have the ability to help consumers overcome the cost obstacle by providing green loans and tax reductions for vehicles that use renewable resources. However, a more effective long-term solution may be for governments to allocate more resources directly to the electric vehicle industry.

Providing tax and investment incentives for manufacturers to develop more affordable green technology could result in technology that is more accessible to the public. This seems to be a more effective use of government funds, rather than incur the costs to introduce, pass, and enforce legislation.

There’s also certainly value in involving citizens in this process. Creating regular open forums — like the San Diego Association of Governments (SANDAG) meetings on the future of transportation — is a positive approach. This gives the opportunity not only for governments to collaborate with locals on solutions, but also to gain insights on how changes might affect their lives.

The continued healthy development of cities is dependent upon citizens’ and business owners’ willingness to keep investing in them. Giving locals a say in the future keeps them connected to the area.

Infrastructure Direction
One of the areas in which a gas-powered vehicle ban could impact city development is infrastructure. Bearing in mind that the proposed legislation sets a full ban date of 2035, there is a decent time frame in which to adapt cities to meet the needs of electric car owners. There is already a campaign to install one million more electric charging stations in California by 2030, which relies on voluntary support. Introducing legislation gives cities and counties a stronger incentive to ensure electric vehicle charging stations are in place.

Compared to the current green efforts of other states, California’s proposed gas-powered car ban is certainly a firmer stance. States that choose not to legislate have instead outlined “commitments” they intend to keep.

Prime examples of this are the various cities in Texas that have set goals for carbon-free power generation and alternative fuel adoption. It could certainly be argued that these goals help to address the combination of factors that contribute to environmental damage. However, they are also essentially predicated on the honors system.

While the intentions of these cities may be good, it’s a very loose approach that doesn’t necessarily reflect the urgency we face. California’s gas-powered car ban makes taking action that affects sustainable goals a legal responsibility. Success in this may also help to influence other states into taking a more stringent and effective legislative approach.

The ban would affect not only private cars but also public transportation. Clean, cheap, and accessible electric commuter services could result in less demand for private vehicles. This in turn results in lower emissions and waste from manufacturers.

It’s even worth considering whether the ban is a little late. City development is already moving in the direction of not just sustainable operations, but smart infrastructure. Fresno and San Francisco have both begun to implement green initiatives and adaptive transport control using smart technology.

City development isn’t just about the physical elements we put in place. In the end, what’s important is how these developments affect the lives of citizens. If a gas-powered vehicle plan is implemented, does that have a domino effect on other services, one that in turn sees people’s way of life changed?

Well, sustainable vehicles producing fewer emissions could have positive effects on health. Research shows that pollutants from vehicles contribute to air toxicity, which is known to be carcinogenic to both humans and animals. The coronavirus pandemic has already demonstrated how humans not driving gas vehicles has a positive impact on the pollution levels.

A significant reduction in the production of emissions could in turn place less pressure on public health services, clinics, and hospitals. The result of this is the potential to redirect these resources to other city services that enrich the lives of citizens.

There’s also an economic factor to consider. Banning gas-powered vehicles could potentially result in the loss of employment for workers operating in that industry. But this may be mitigated by those same manufacturers producing electric vehicles.

There is also a potential for new roles to arise from green transportation. Aside from increases in the number of manufacturing jobs, there could be a demand for scientific researchers, infrastructure developers, and technical support.

Cities may also see the introduction of electric vehicle maintenance garages, and utility companies specializing in renewable resources. This economic boost should have a positive impact on revenue, providing incentive, demand, and investment for further development of amenities.

Conclusion
It is imperative that we take immediate steps to reduce our impact on the environment. The proposed ban on gas-powered vehicles could have a positive impact on the direction of city development. However, empowering people to make greener choices instead could prove to have a more meaningful effect. 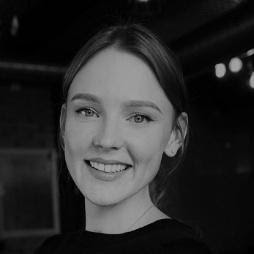 Indiana Lee lives in the Pacific Northwest and has a passion for the environment and wellness. She makes sure to explore the outdoors regularly with her two dogs, and has experience in owning and operating her own business. Feel free to follow her on Twitter @indianalee3.