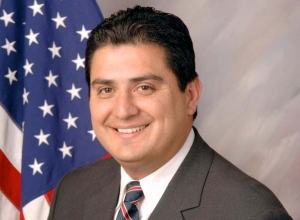 September 8, 2014 (Sacramento) -- State Senator Ben Hueso, who was arrested on August 22 after driving the wrong way in Sacramento, had a blood alcohol level of exactly .08, the minimum threshold at which charges can be filed, the Sacramento Bee Reports.

On Monday, Hueso was formally charged with two misdemeanors, one for driving under the influence and a second for driving with a blood alcohol level of at least .08 percent.  He will be arraigned on September 18th.

Hueso had reportedly been at a party with Latino Caucus members prior to his arrest.  He issued a statement apologizing for his “poor personal judgment” and said he will accept “complete personal responsibility” for his actions.