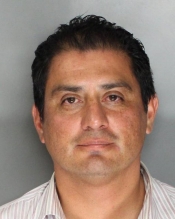 His blood alcohol level of .08 was just over the legal limit. Hueso was arrested in August after driving the wrong way on a one-way street in Sacramento following a party with Latino Caucus members at the state Capitol.

He received three years probation and must pay a $1,100 fine, as well as complete a reckless driving program, the Sacramento Bee reports.