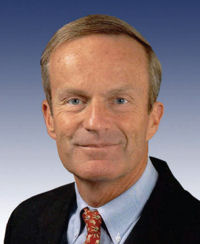 Amid controversy, Republican Party adopts platform calling for ban on all abortions, including rape victims
By Nadin Abbott
August 22, 2012 (Washington D.C.) – A U.S. Senate candidate’s false belief that  pregnancies from rape are rare has sparked national outrage.  The incident also reveals fissures in the Republican party-drawing attention to the party’s new plank calling for all abortions to be outlawed—and revealing just how unpopular the  party’s extremist platform is with women.
Missouri Republican Congressman Todd Akin, who is running for U.S. Senate, sparked a national scandal when he stated that rape victims should not be allowed to have abortions. “From what I understand from doctors, that's really rare," Akin said in a radio interview. "If it's a legitimate rape, the female body has ways to try and shut that whole thing down."
What has now become a national scandal is revealing some fissures in the Republican Party. It is also exposing how unpopular the party plank is among women. Congressman Todd Akin (R-MO-02) said in a radio interview when asked about abortion that the rape exception should not exist. He went on to say that "the female body has ways to try and shut that whole thing down.”
http://fox2now.com/2012/08/19/the-jaco-report-august-19-2012/
His comments reveal an astounding level of ignorance.  Each year, over 32,000 pregnancies resulting from rape occur in the U.s. according to an article published in the American Journal of Obstetrics and Gynecology. Moreover, CNN interviewed a medical expert who confirms that “A woman's chances of becoming pregnant are the same after rape as they are after consensual sex, according to medical experts and published studies.”
http://www.cnn.com/2012/08/21/health/rape-pregnancy/index.html?hpt=hp_t2
Akin has subsequently admitted he was misinformed and apologized for his remark. But he has not backed away from his position that rape victims should be forced to carry pregnancies to term.
Massachusetts Republican Senator Scott Brown has called on Akin to step down from his race against Democratic Senator Claire McCaskill, who has seen donations skyrocket as a result of Akin’s remarks.
Republican Presidential Nominee Mitt Ronmey and Vice-Presidential Nominee Paul Ryan have also urged Akin to quit the race. Given those high profile GOP figures voicing disapproval of Akins’ remarks, you would think that Akin is far out of the party mainstream. But in actually, he’s not. Rather it’s the Republican party platform that has drifted from mainstream views 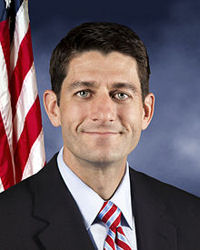 Congressman Paul Ryan, Romney’s nominee for Vice President, coauthored a bill in 2009 declaring that life begins at conception and granting full protections to fertilized eggs.  Ryan’s bill would outlaw all abortions—yes, even for rape victims, children victimized by incest, and women who develop life-threatening conditions during pregnancy.
A close examination of the Party platform, first  aired on CNN and now being broadcast across other media outlets, seeks to amendment the U.S. Constitution by declaring that life begins at conception. No one would be allowed to terminate a pregnancy—not even if a woman is raped, or if her life is in peril.
The Republican platform reads in part: "Faithful to the 'self-evident' truths enshrined in the Declaration of Independence, we assert the sanctity of human life and affirm that the unborn child has a fundamental individual right to life which cannot be infringed. We support a human life amendment to the Constitution and endorse legislation to make clear that the Fourteenth Amendment's protections apply to unborn children."
http://www.buzzfeed.com/zekejmiller/gop-platform-to-exclude-abortion-exceptions-for-ra
So you may ask, how about our local delegation? Where do they stand on life-begins at conception? 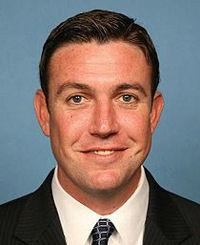 A close examination of voting records reveal that Congressman Duncan Hunter Jr. (CA-52) shares the ultra-extremist stance of Akin and his party’s platform. In fact, Hunter coauthored the life-begins-at-conception bill, along with Akin and Ryan.  He supports outlawing abortion even for rape victims and women whose lives are in danger if they carry a pregnancy to term: http://www.ontheissues.org/CA/Duncan_Hunter_Jr_.htm
While Congressman Issa did not vote for the 2009 Personhood Bill, he did vote for other bills that make him a staunch pro-life candidate. He has voted against federal funding of abortion, against stem cell research, and for eliminating funding to Planned Parenthood. http://www.ontheissues.org/CA/Darrell_Issa.htm
Both Issa and Hunter Jr, voted for a bill forbidding the transport of minors across state lines to facilitate abortion. Issa also has voted to forbid federal dollars in family planning, either in the United States or abroad. (2001).
Of our area’s three representatives, Bilbray is the most moderate, and you could say out of step with the Republican Party Plank. Bilbray voted to expand stem cell research, but did vote to ban partial birth abortions and to forbid transporting minors across state lines to get abortions. http://www.ontheissues.org/CA/Brian_Bilbray_Abortion.htm
While the nation remains divided on abortion, even many voters who are pro-life support exceptions for rape and incest victims, as well as women with life-threatening conditions such as cancer, heart disease, or tubal pregnancy for whom pregnancy termination may offer the best hope of survival. To cite just one example, one in every 50 to 100 pregnancies today is ectopic, in which the fertilized egg implants in the fallopian tube, not the womb.  Such a pregnancy cannot be carried to full term; if not terminated the egg eventually bursts the Fallopian tube, leaving the woman at high risk of peritonitis, sterility or death.
It is not an overstatement to say that the lives and health of women are on the line in this election, as well as concerns for the unborn.
The U.S. Supreme Court is one vote away from overturning Roe v. Wade and making abortions illegal. A conservative sweep would likely result in appointment of a Justice to make that happen. Even more radical, a Constitutional amendment to declare life begins at conception would eliminate even the possibility of the Supreme Court intervening in the future to protect women’s lives, health, or reproductive choice.
Voters should carefully examine representatives’ voting records and stances before casting their own votes in November.  To say that Congressman Akin is out of step with current Republican views on life issues is inaccurate. While his statements on rape victims might seem extreme, they are very much in line with Party stalwarts and Party leaders.
The Democratic Party calls for protection of reproductive rights in its party platform, though some “blue dog” Democrats are actually pro-life.  There remain a few moderates in both parties—but only one party, the Republicans, has adopted a platform calling on all members to pass legislation that would unquestionably jeopardize women’s lives and cause anguish to rape victims, albeit in an effort to protect the lives of the unborn over the lives of mothers.
The national hue and cry that has arisen over Akin’s views—along with the wift efforts by Presidential candidate Romney to distance himself from a rising—now fizzling--star in the party, might give moderates some pull in trying to push back from an extreme position.  Voters should be aware, however, that Romney’s vice presidential pick, Paul Ryan, is firmly  in lock-step with Akin, whose views reflect precisely the platform of a Republican Party now controlled by extremists, not moderates.