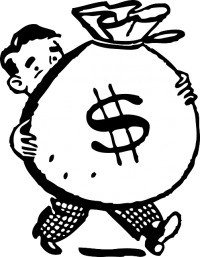 November 3, 2015 (San Diego)—It’s official: San Diego Congressman Darrell Issa is the richest man in Congress—worth over a quarter of a billion dollars ($254.7 million), according to data from Roll Call published by the Los Angeles Times.

Among San Diego’s other Congressional representatives, Scott Peters has a net worth of $40.2 million, while Juan Vargas and Susan Davis are worth $1.3 and $1.2 million respectively.  Trailing the pack is Congressman Duncan Hunter, who has a negative net worth of -$515,000, meaning he is in debt over a half million dollars with zero assets reported.