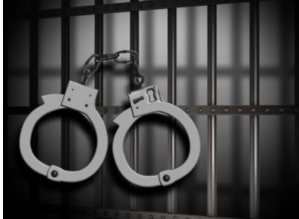 The Medical Examiner conducted an autopsy today which found the preliminary cause of death to be “pulmonary thromboembolic due to deep venus thrombosis of the lower extremities,” also known as a blood clot in the leg, says Lieutenant Chris Steffen. The manner of death is natural.

The San Diego County Jail inmate was seen yesterday by medical staff due to chest pain and shortness of breath, who arranged for him to be transported to a hospital.  While awaiting the ambulance, he went into medical distress.

Deputies administered CPR until paramedics arranged and took him to a hospital, where he was pronounced dead.  The Homicide unit responded to investigate the death. The Citizens Law Enforcement Review Board was also notified and responded.

Lacy had been booked into San Diego County on August 9 on charges of repeat auto theft, possession of a stolen vehicle, driving under the influence of drugs, hit and run, grand theft, resisting an officer and probation.

At least 210 inmates have died in custody since 2006 at San Diego County detention facilities, prompting the state auditor to urge reforms, which the Sheriff’s department has indicated are being implemented.